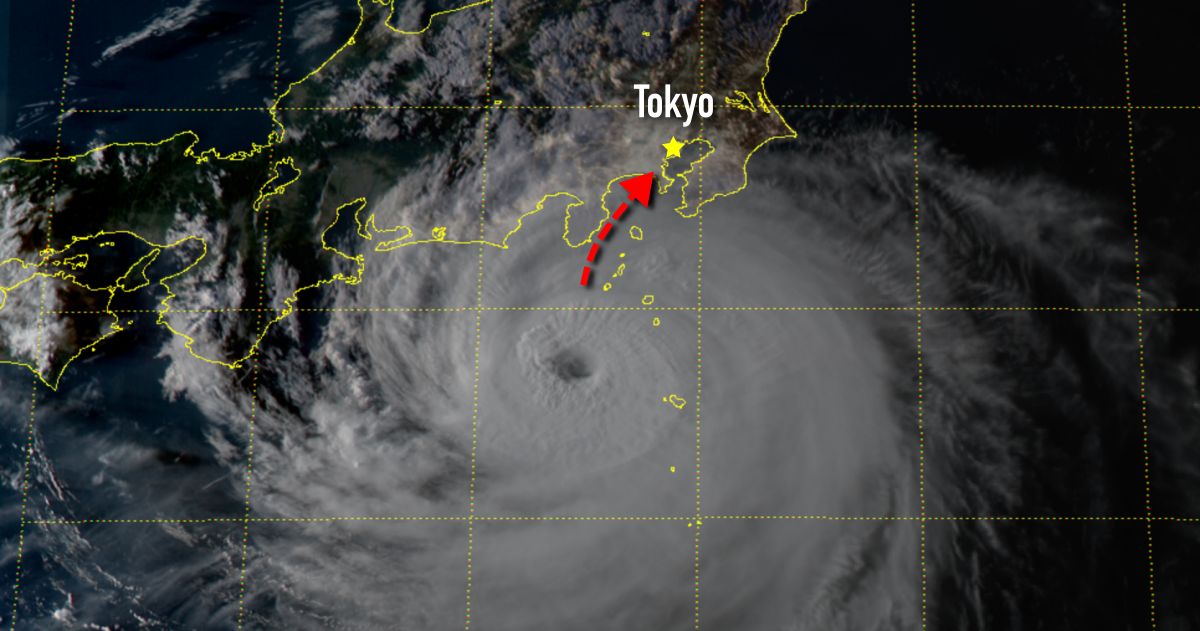 Tokyo megacity will be impacted by typhoon Faxai

September 8, 2019: 09 UTC - The typhoon Faxai which evolves in the Pacific Northwest tracked towards Tokyo. The center of the cyclone is expected to directly impact the region of the world's most populated agglomeration tonight.

The cyclonic news of the weekend is marked by the typhoon Faxai which should directly affect the Japanese Kanto region. The latest track forecasts continue to suggest a trajectory that would transit the center near Tokyo. The system is expected to maintain the typhoon stage until landfall over Japan with an intensity of 80 kt. This means that gusts exceeding 100 kt near the eye.

This is a significant impact that awaits Tokyo area during this night. Alerts are underway in Shizuaka, Kanagawa, Yamanashi, Tokyo, Chiba, Saitama and Ibaraki prefectures. Japan is preparing for the arrival of Typhoon Faxai and authorities have canceled flights and trains in Tokyo. Authorities speak of a potentially historic cyclonic episode for the region.

The most populous city in the world in focus

The Nippon capital directly impacted by a dangerous cyclone, this is an event that does not happen every day. With a population of more than 13,000,000 intramural and nearly 43,000,000 in the metropolitan area, Tokyo is the most populated urban area in the world. The typhoon is preparing to hit a densely populated region.