Lorenzo : Hurricane watch for Azores and what is the risk for Europe

September 30, 2019: 06 UTC - Hurricane Lorenzo heads for the Azores archipelago. A degradation is expected from Tuesday evening and hurricane conditions are possible Wednesday on the archipelago. Will Lorenzo impact Europe after the Azores? The point in the article. 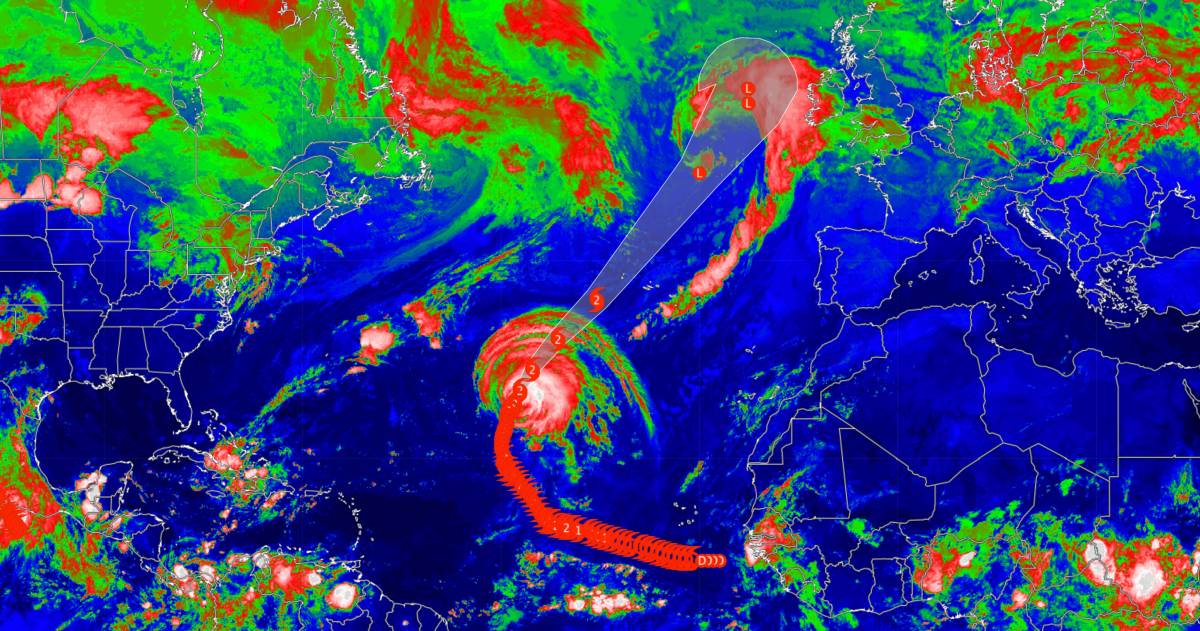 Impact on the Azores from Tuesday evening

Hurricane Lorenzo, which has entered the history of the North Atlantic cyclonic basin, is now heading towards the Portuguese archipelago of the Azores. If a closer passage is expected Wednesday, the influence of the system will be felt late Tuesday with the strengthening of cyclonic swell and wind. The impact of the cyclone on the archipelago will depend on the area and the closest point of appraoch.

According the last forecasts, it is the western and central portion of the archipelago that could be directly affected by the core of the cyclone. The probability of hurricane condition (gust that may approach or exceed 150 km/h) on part of the Azores increases. However, the margin of error is very important at more than 48 hours. A gap of a few kilometers can change the level of impact completely.

A hurricane to Europe? Not really

The Portuguese Institute for the Sea and Atmosphere (IPMA) has issued a hurricane wath for the central and western Azores, including the islands of Flores, Corvo, Faial, Pico, Sao Jorge, Graciosa and Terceira. The Institute also issued a storm watch for the eastern Azores, including the islands of Sao Miguel and Santa Maria. Lorenzo could transit near the Azores in a hurricane category 1 or 2. The situation will be closely follow for the archipelago over the next 48h.

Subsequently, Lorenzo should quickly begin his extra-tropical transition. Concretely, this means that the system will lose its tropical characteristics with a warm-core system to a cold-core system that draws energy from the baroclinic environment. The system could move closer to Europe, but the global model guidance do not agree with this scenario. Note that this is a weakened system and has nothing to do with a hurricane that could appraoch to Western Europe. So we are very far from the disaster scenario announced imprudently by some media.