The context becomes favorable for cyclonic activity in Northern Indian Ocean. An active Madden Julian Oscillation (MJO) emerges over the western part of Indian Ocean and near equatorial trough develop. Under the influence of the MJO, convective activity is increasing in the Arabian Sea.

These different factors could impulse the start of the 2021 cyclone season in the North Indian Ocean. In response to this becoming favorable context, forecasting models suggest a signal of cyclogenesis in Southeastern Arabian Sea. 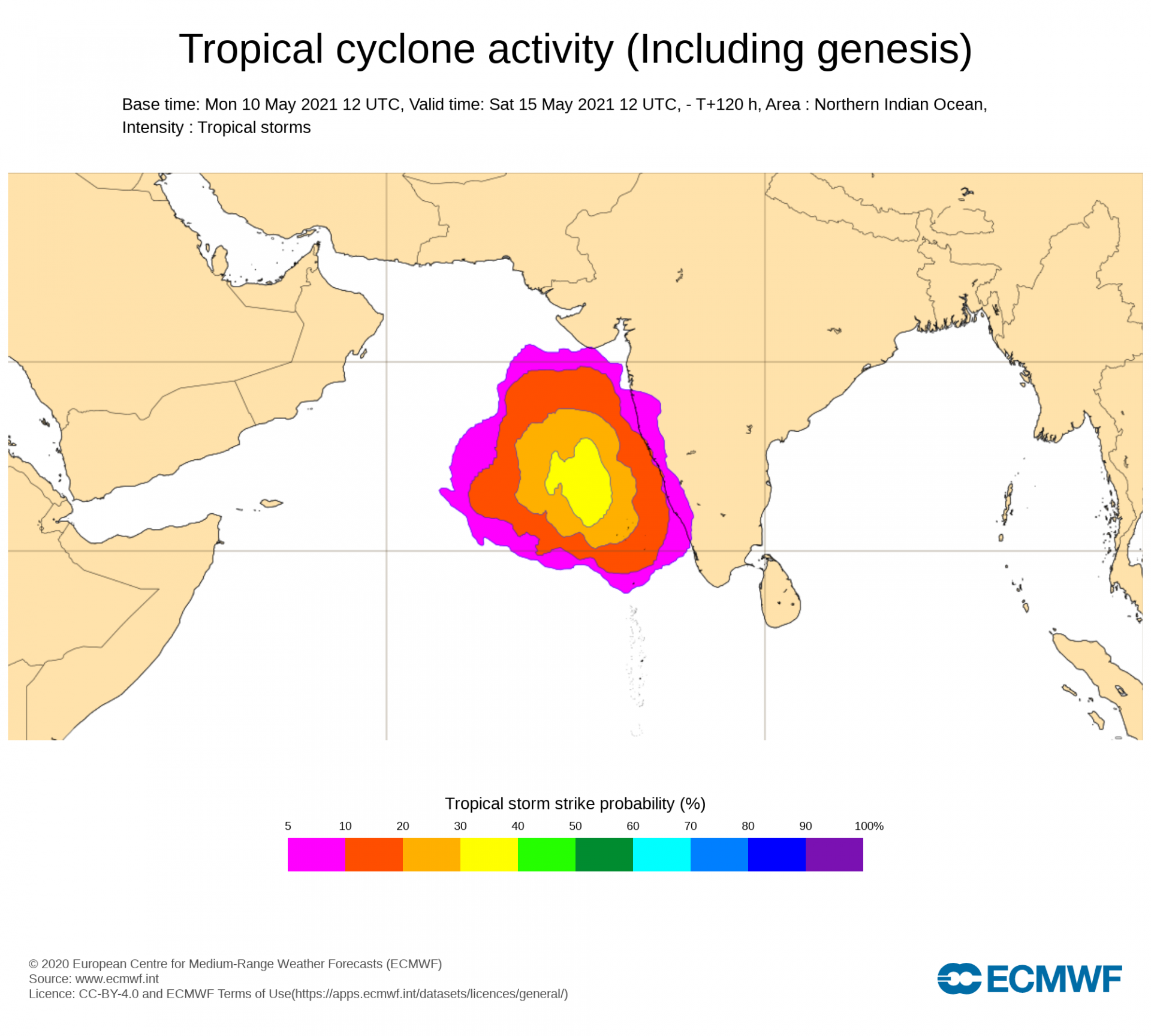 The ensemble forecasts from European center point in this direction, with a signal strengthening at the end of the week or during the next weekend. The determinists of the euro IFS and American GFS models also propose cyclogenesis, but with very different timing.

Euro model develops low level circulation (LLC) over the weekend and American model is more reactive with development from the second part of the week.

At this point, the uncertainty is still high. We will see in the next few days if the cyclogenesis signal is maintained and strengthened as currently suggested. Subsequently, we will ensure the establishment of a LLC, prior to the launch of a possible cyclogenesis.

In any case, a tropical storm in this month of May in Northern Indian Ocean would not be exceptional. We are in the pre-monsoon period (March to June) which corresponds to the first theoretical peak of activity in this cyclonic basin. The second peak occurs during the last quarter of the year.