Why the impact of cyclone Amphan is potentially catastrophic ?

The powerful tropical cyclone Amphan has temporarily weakened due to a eyewall replacement cycle. The system continues to approach the coasts of West Bengal and Bangladesh. Landfall in south of Calcutta is expected Wednesday.

This Tuesday morning, the tropical cyclone Amphan which evolves ins Bay of Bengal was located less than 300 km east southeast of Visakhapatnam. The cyclone has temporarily weakened due to a eyewall replacement cycle (ERC). This phenomenon which is often observed in intense cyclone, materializes by the formation of a new eyewall around the eye to replace the old one. 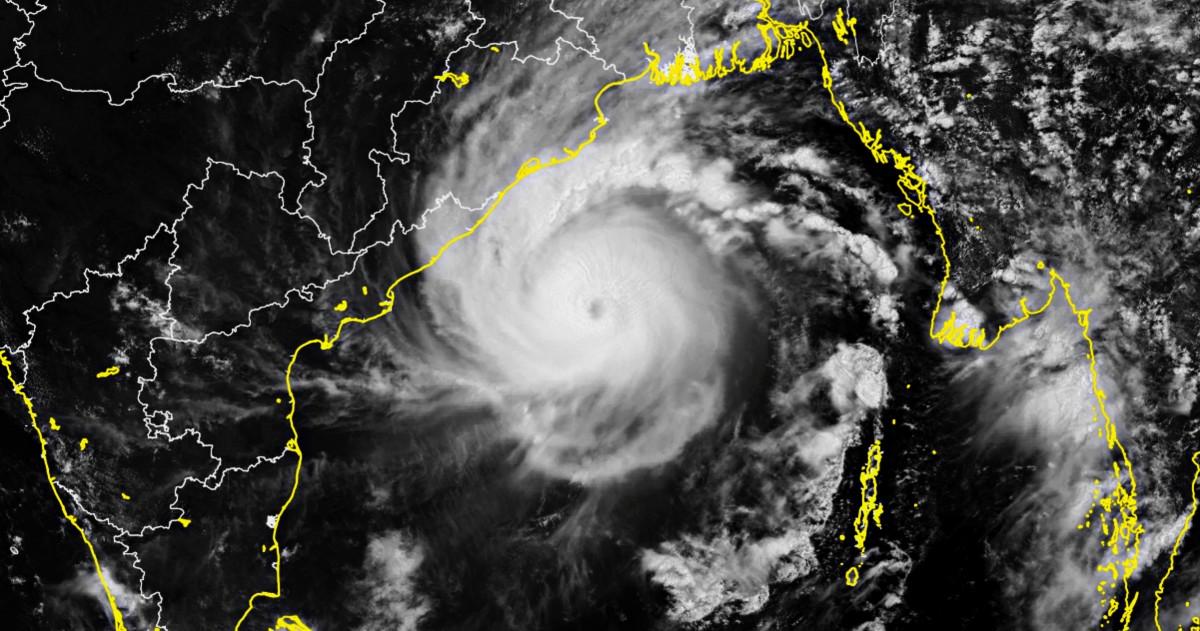 Despite this temporary disorganization, Amphan remains a powerful and dangerous cyclone. Gusts near the eye are estimated to exceed 250 km/h according JTWC. When the ERC process will completed with the consolidation of a new eyewall, the cyclone could experience a new phase of intensification.

Amphan maintains North NorthEastward track under the effect of a near equatorial ridge positioned east of the cyclone. On this track, the system inexorably approaches the Indian coasts of West Bengal and Bangladesh. An impact is inevitable, the whole thing now is to determine where, when and what intensity. 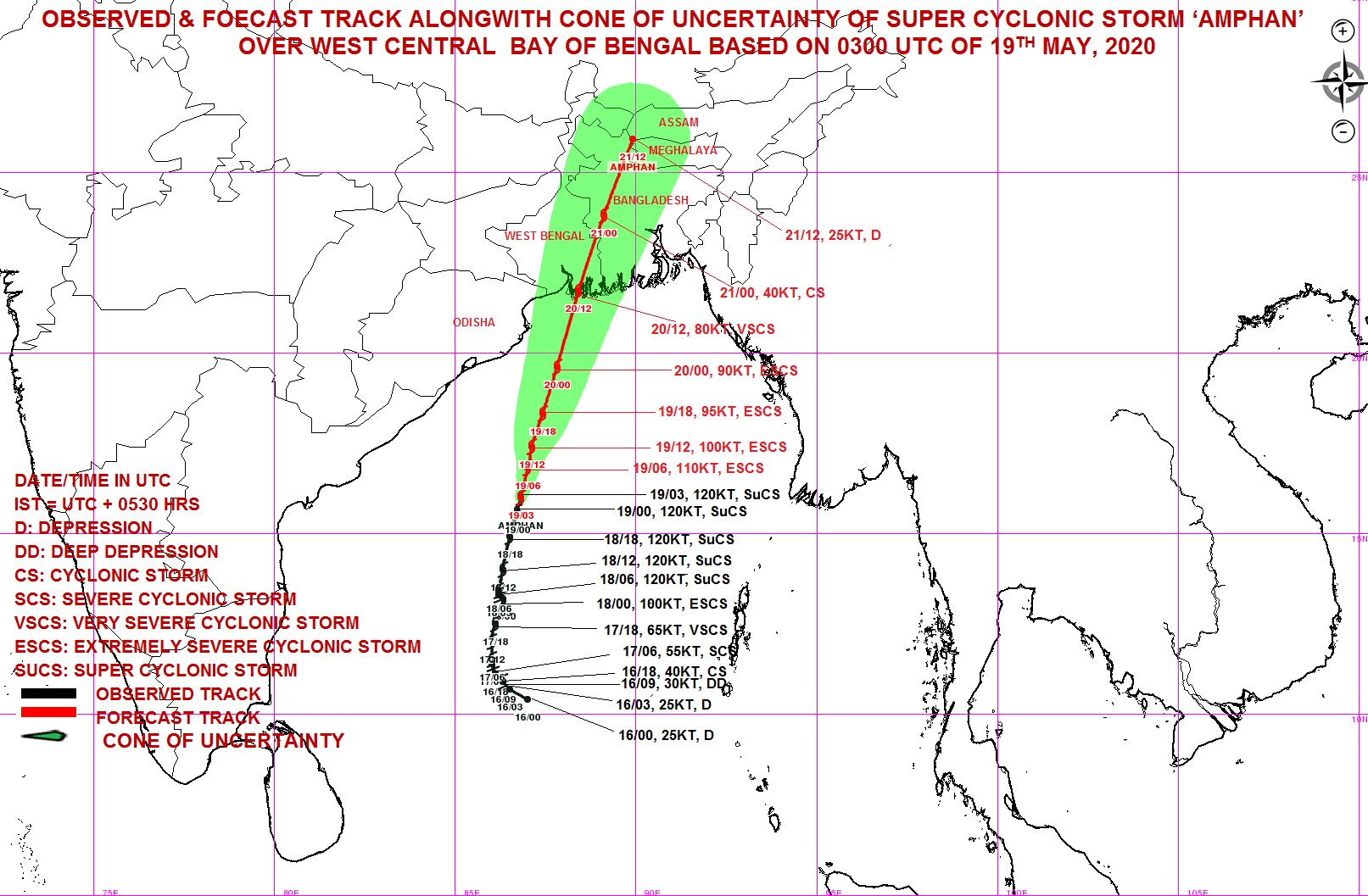 According to the latest simulations, landfall would be between Digha (India) and the Hatiya Islands (Bangladesh). With this scenario, the megalopolis Calcutta could be concerned. However, shifts a little further west or east are still possible, which can significantly modify the final location of the impact zone. Regarding timing, the landing should take place in the afternoon or late Wednesday.

The storm surge phenomenon will have to be watched very closely. The expected landing area happens to be the mouth of Ganges, which is the largest, most populous in the world and one of the most vulnerable places to rising sea levels. 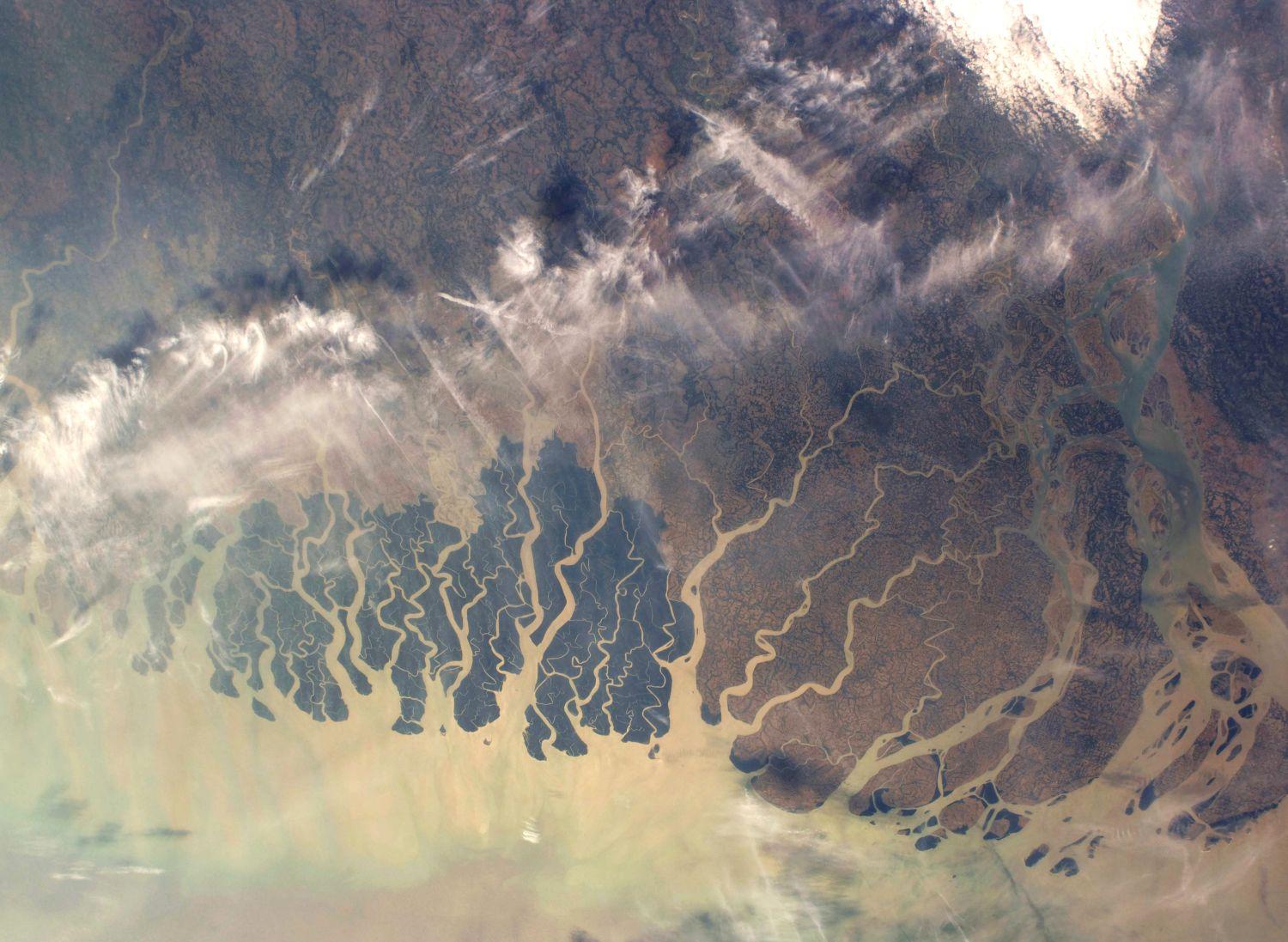 The Mouth of Ganges expected impact area seen from the ISS January 06, 2010 - NASA

In this context, a cyclone like Amphan, powerful and large, represents a risk of major disaster for this area. If at the time of landfall the storm surge generated by the cyclone coincides with the astronomical tide, the rise in sea level can lead to catastrophic floods.

You should know that the storm surge phenomenon is at the origin of the greatest human catastrophes associated with the cyclone. The current situation is potentially explosive.