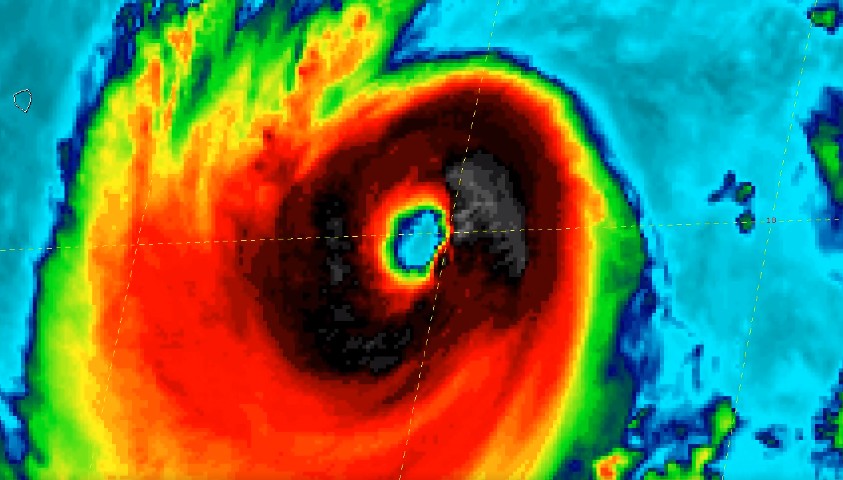 The global cyclonic news is currently marked by Hurricane BUD, which is evolving over pacific North-East. CIMSS (Cooperative Institute for Meteorological Satellite Studies) published on its blog an amazing satellite IR loop of the cyclone at the moment when it peaked at Category 4 intensity.

Hurricane BUD, which is the second system of the 2018 hurricane season in the northeastern Pacific, is as I announced yesterday weakening. The cyclone was beginning to move over water having lower values of Ocean Heat Content and Sea Surface Temperature while approaching Baja California peninsula (Mexico).

CIMSS published on its blog a satellite loop of the hurricane when it reached its intensity peak as category 4. The above video was made via GOES 16 satellite captures and from infrared images taken every 1 minute.

Eye appearance gives a clue to the cyclone intensity

This amazing satellite loop allows to observe in a few seconds the evolution of the eye of Hurricane BUD. As can be seen from this video, the cyclone eye knows several fluctuations of size and shape during its existence.

Its appearance gives a clue to the cyclone intensity. Strong tropical cyclone have an regular and defined eye contours. E shredded and poorly defined eye is usually associated with cyclones of moderate intensity or weakening.

It may also happen that in cases of intense cyclones, the eye temporarily deteriorates during a phenomenon known as "eye wall replacement cycle". This process is often vector of a new intensification.