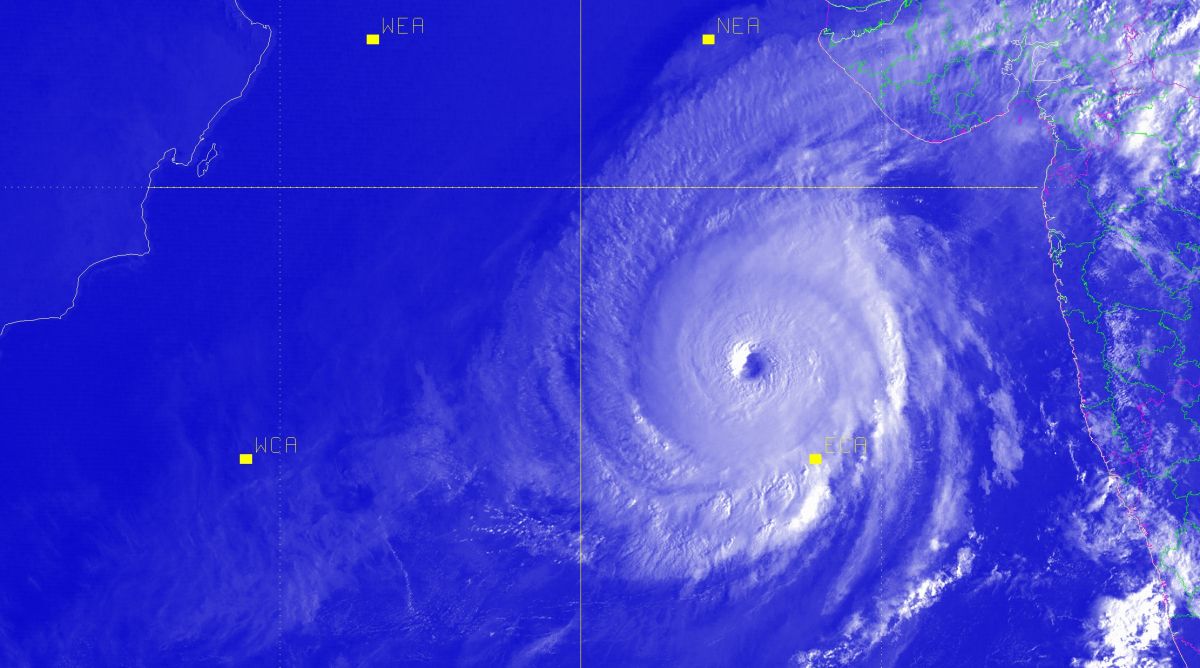 October 27, 2019: 04 UTC - As expected, tropical cyclone Kyarr is significantly stronger than it is to reach an intensity rarely seen in the Arabian Sea. It should become a Super Cyclonic Storm and could become one of the most powerful cyclones in the history of the North Indian Ocean.​

The North Indian Ocean is in fire with Kyarr who became a powerful tropical cyclone. Latest satellite data shows a particularly impressive system. The deep convection is symmetrical with a perfectly visible eye in the center,which gains in regularity. Here we have a system with a satellite pattern typical of powerful cyclones.

Max winds sustained are estimated at 125 kt, for gusts at 150 kt by the JTWC. This is equivalent of a major category 4 hurricane on the Saffir-Simpson scale. Kyarr to benefit of low wind shear and a strong outflow to strengthen. Its peak intensity could be reached in the coming hours. The RSMC believes that Kyarr will be a Super Cyclonic Storm, which is the maximum level of the intensity scale in the North Indian Ocean.

Stronger than Chapala in 2015

A cyclone of this intensity is rarely observed in the Arabian Sea. Chapala in October 2015 is probably the last cyclone in this region of the Indian Ocean to have reached such strength. Given the current evolution of Kyarr, it has left to become one of the most powerful cyclones in the history of the North Indian Ocean.