August 29, 2019: 11 UTC - Dorian has slapped virgin islands who have experienced cyclonic conditions. The hurricane is expected strengthening again and rapid intensification could occur. It should become first major hurricane of 2019 season.

DORIAN moves northwest at 11 kt, toward a weakness in the subtropical ridge. On this track, the hurricane is expected to pass east of Bahamas. At the same time, DORIAN should strengthening again due to favorable environmental conditions. Wind shear should remain low ocean content heat is favorable with very warm sea surface temperature. There is a high probability that DORIAN will become the first major hurricane of the 2019 season. 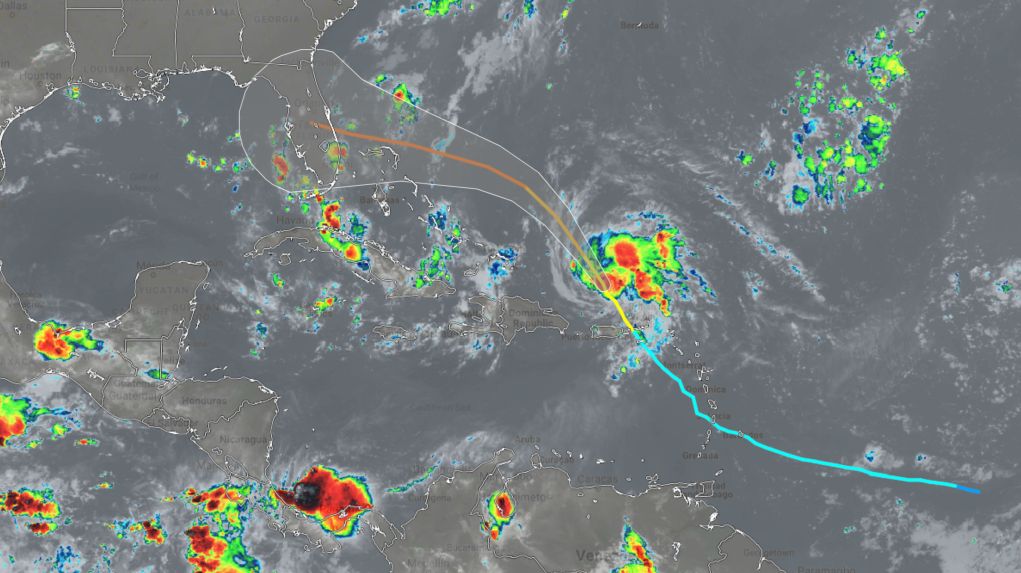 NHC track forecasts remain unchanged. DORIAN should begin to turn West Northwest in the next 36 to 48h. Model guidance diverge after 48h. But, it's expected that tropical cyclone will continue to move toward Florida. DORIAN is likely to reach major hurricane intensity in the next day or two. It expected to maintain that status until landfall over America. So, DORIAN is gradually becoming a serious hurricane threat for Florida. Timing changed a little, with a landfall forecast expected in the night of sunday to monday.