Cyclonic activity could restart in the North Indian Ocean?

September 22, 2019: 07 UTC - Cyclone activity could restart in the North Indian Ocean? Cyclogenesis could develop over the next few days in the Arabian Sea, according to global model.

The North Indian Ocean has entered its second phase of peak theoretical activity of the year. The first one that takes place roughly between April and July saw the episodes Vayu and especially Fani which severely impacted the Northeast of the Indian peninsula. There followed a break that could be broken in the next few days. A suspecte area numbered 96A, associated with a marked convective activity in the Arabian Sea, seems to be favored by some global model for a significant development.

The low (1002 hPa) is tracked by RSMC of New Delhi. The meteorological agency officially responsible for the cyclone watch in the North Indian Ocean, is considering the possibility that this system reaches the tropical storm stage. This scenario is consistent with the euro IFS and UKMO forecast models.

A potential landfall over Oman 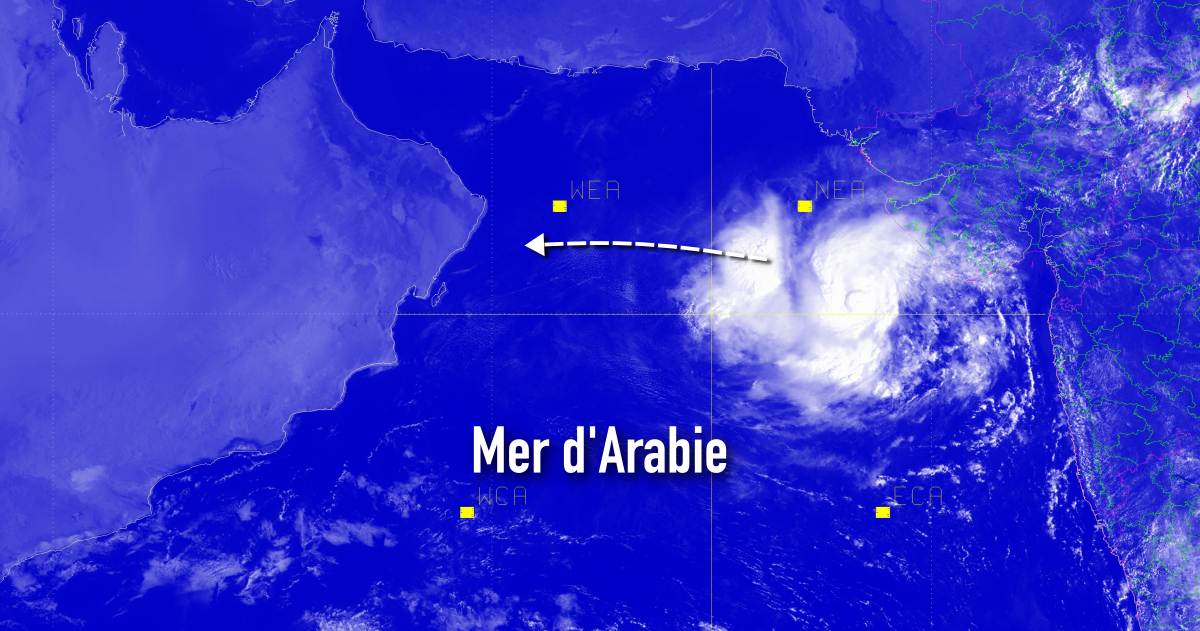 However, the large-scale context marked by a Madden-Julian oscillation in dry phase, does not seem conducive to the development of a major tropical cyclone. The future intensity of this system is therefore still very uncertain, especially since the American GFS model does not believe in a significant development.

On the other hand, all the models agree on a westward track. The RSMC, which has produced its first track forecasts, suggest a potential landfall over the coast of Oman in the middle of next week, at an intensity that is obviously impossible to determine. For information, the next tropical cyclone in the North Indian Ocean will be named Hikaa, name proposed by Maldives.